Burrito, Calculator (as of episode 10), Gun

That He`s A Super Hero

Super Notebook is an alternate version of Notebook in Object Mayhem. First appeared in Drawn Together.

He was first seen at the beginning where he sees Ice Cream get hit by a rocket and helping her by throwing ribbons at her.

He was the first contestant put up for rejoining.

He didn't rejoin because he got the second least amount of votes. 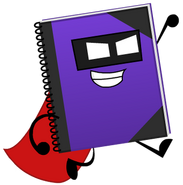 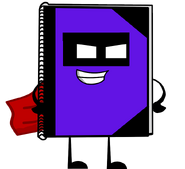 Add a photo to this gallery
Retrieved from "https://objectmayhem.fandom.com/wiki/Super_Notebook?oldid=10126"
Community content is available under CC-BY-SA unless otherwise noted.