Dice (aka Die), labeled The Six Sided, is a female contestant competing on Object Mayhem. She is a member of Team Lucky (Team Gun when Gun was still in the game) and Tunes Untuned.

Dice is one of the smartest and most intelligent characters on the show. She is the only one that actually ever leads her team to victory even though her team fails a majority of the time. She is showing to be also very brave by standing up to Gun in his wrong doings.

Dice first appears when Team picking and Gun is asked to be on her team. When it was time for choosing team names, Gun suggests the team be called Tram Gun, although Dice disagrees with this as it is really unfair. When Calculator announces the challenge as block stacking, Gun wants to do it by himself, but again Dice disagrees with this.

Dice asked why is Gun being nice to everyone, Camera tells Gun that she does not really like Gun being nice all the time. Gun then flips out and Camera then finds out that she was faking, saying that she doesn't want the viewers to vote him out and told him that it's too late for that.

She didn't speak in this episode. She was behaving for most of the episode, until Dice ruined the candy emporium, even though she didn't do anything wrong. She ended up being up for elimination as Calculator gave Tune immunity. 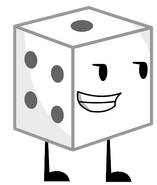 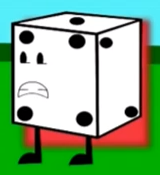 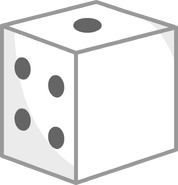 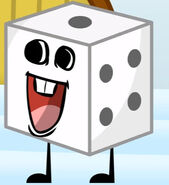 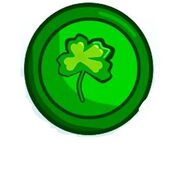 Dice Is Angry At Gun
Add a photo to this gallery

Retrieved from "https://objectmayhem.fandom.com/wiki/Dice?oldid=11884"
Community content is available under CC-BY-SA unless otherwise noted.